(Day 151) Self portrait, and grandpa to a child prodigy

Today was a bit of an arduous day - I spent another full day with my son, demolishing his house, er, doing the necessary demolition work in preparation for renovations. It did feel a bit weird though swinging a sledge hammer through his kitchen wall! But that's not the point of my post today. You see, I took the camera with (yes, ABC) to record for posterity what the old interior looked like, during the gutting and before the  restoration. So - it was with me when, close to home, I spotted Mr. Turtle in the middle of the road - it looked like he was late for dinner  - but he stopped dead in his tracks as I drove up to him. I wanted to get some closeups, but didn't really want the neighbours seeing me lying face-to-face with a turtle, in the middle of the road! So I placed the camera close to him hoping he wouldn't retreat into his shell (he didn't and that's why I knew he was late for dinner), checked the exposure, hoped I'd aimed it ok, and proceeded to make some photos.

Now - why did I call this a self-portrait? Well, if you blow up his eye, you'll see me in his eyeball with an outstretched arm pressing the shutter release (an unintentional byproduct). You may also notice a bug crawling up his nose, as well as some greenery he obviously didn't have time to wipe off his head. 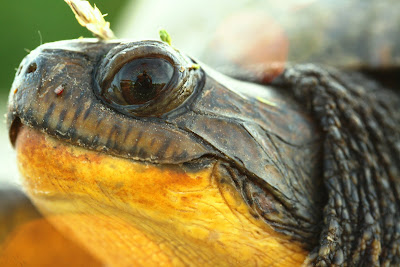 After a late dinner (ours, not Mr. Turtle's), my son opened a birthday card he received in the mail, from his sisters. Graydon, his son (my grandson) reached out for the card 'cause he wanted to read it for himself. Imagine that, not even 5 months old, and he's already reading birthday cards - what a child prodigy!

You look skeptical - here, see for yourself: 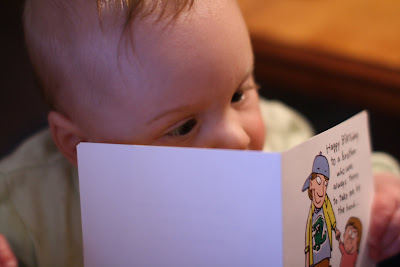 Great shot of the turtle and the grandson. He does look like he's intently reading the card. It's kind of fun to send that sledge hammer through the wall isn't it?

I'd say you have a couple of great photos here ...

You captured my heart Rick, first with my favorite animal the turtle and what a shot I must say! I did blow up the shot just to take a closer look and yup, there's a bug on him! :-)

Your grandson is adorable, imagine that, trying to read a card at 5 months old... now that is unbelievable. Did he also try to eat that card? lol

What fun wrecking and tearing apart a home, I used to help with renos in government offices and that was fun unless I was helping someone who didn't have a clue and ceilings fell in... oops!

Have a great evening, it's that time of night once again... good night Rick.

Great photo of the turtle and self-portrait ;)
The picture of your grandson is fantastic!!

Awwww, what a couple of cuties!! I would love to see a big turtle on the side of the road, what a neat catch !! And your grandson is a cutie pa tutie !!! :)

A fabulous post Rick! LOVE the turtle but love your grandson even more! What a super shot and one to treasure!

How intriguing! I love that turtle shot. This is another critter that I don't have many photos of, just the occasional one in the jungle. Certainly nothing up close and personal like this.

I LOVE that your reflection is visible in his eyeball. That just makes the entire shot better, I think. Really cool!

Your grandson is a little cutie. He's going to be showing you how little you know in no time flat. ;o)

You did well with Mr. Turtle, and I think you might be right about your grandson. Isn't it amazing how smart grandchildren are?? Must get it from the other side of the family! HaHa

Both photos are great! What a shot you got of the child and a memory to boot.

Clever A+ post, Rick! Just arrived home after a long 5 day weekend with family/friends (14 guests) at the lake. Time with the grandboys is always 'top bill' but that turtle eye shot of gramps is also 'awesome'!

What a great picture of the turtle!! I can totally see you in his eye and the bug on his nose!! Graydon is definitely cute also!!!

@Scott - I find that the first rule of photography (ABC) has paid off so often (and I'm still working on following it!). And I think timing was just right/lucky to catch Graydon in that 'pose'. You bet it felt good to swing that sledgehammer - but my arms are complaining today - I think they need to do that more often :)

@S. Etole - thank you Susan. Hope your week with company is going well.

@darlin - I hadn't noticed the bug before I blew it up either; I guess the turtle didn't mind.

Ha ha - Graydon has such great expressions - you never know what he's going to do when you press the shutter release! And yes, he did try to 'taste' the card - prefers pablum though!

I had so much dust in my hair yesterday that it felt like wet cement at first in the shower :-) It was hard work 'fun' though.

@Photog Ave - thank you Avery. My reputation with the neighbours is still intact :)

@bonifer - you might not believe it but we actually have turtle crossing signs here. I saw another one today - looked like a snapping turtle and no way I'm getting that close to one of those!

Graydon is quite a funny character on the other side of the camera - and he doesn't even know it :)

@Kerri - thank you Kerri; that one of Graydon will become a wedding slide show picture some day I'm sure!

@Krista - I'm sure you can understand how I couldn't be lying down (literally) in the middle of the road making photos of a turtle - but I'm glad I got some via the 'remote control' method.

Yeah - I can't wait for Graydon to remind me how things are done NOW (that's when I'll use the 'back in my day' line on him, just to see him roll his eyes! ;-)

@imac - thank you; maybe for a future post I'll put up a before and after set of shots - I find it interesting to compare.

@Karen - you're right about grandkids - it's amazing how fast they grow (up) and what they know (I see that too in my 3 and 5 year old granddaughters). When they turn 16 I'll tell them to hurry and get a job while they still know it all :)

@POD - thanks; you can never go wrong with kids & photos, right ?

@joey - thanks joey. You're right about spending time with the grandkids - they grow up so darn fast you really wonder where the years go. You must have had a super weekend - 5 days at the lake with family & friends - times to be treasured for sure!

@Julia - good thing you can't see me too clearly - likely 'cause some of the demolition dust got onto the turtle's eye :)

Rick unless you swing a sledgehammer for a living I don't think that anybody could do that for hours on end without getting at least a bit sore! (As I sit here and chuckle, must be bed time again!)

That is funny about your grandson, and these types of photos are the best ones. This shows his character from a very young age and it's these sorts of photos which I have treasured all these years of my children, not the dressed up, posed photos taken by the so called professionals. I bet that Grampa takes the best photos, no professional could compete with your shots!

Mr Turtle even smiled for you ... a willing participant it would seem, not camera shy at all! Its a great shot!
And your grandson is just gorgeous ... a bright little cookie like his grandfather!!
Wonderful photos Rick!

@darlin - thanks for the empathy :) We were using sledge hammers, crowbars, hammers ... and we're having another go at it Saturday - hopefully the last!

LOL - I agree with you on taking these shots; I love the candid ones best - and they're so great at weddings years later! :)

@Katherine - ha ha, yep - I think he smiled just so I would leave him alone to get home :)

I haven't had anyone describe me as a 'bright little cookie' before :-) but Graydon sure is!

Thanks for coming by Katherine.

@Costea Andrea Mihai - LOL! thanks Costea - we have a turtle connection ;-)

I found throughout the past number of years that I was attracted more and more to the wonders of God's good creation and that seems to be the focus of my photography. It's my belief that all nature sings God's glory, hence the name of the blog. But I won't feel pigeon-holed so there will be times when I'll tackle other subject matter.

I hope you'll stick around, and if you're new here, thank you for your visit - feel free to leave a comment (I covet them) and follow, if you like.

>> click on any image in these posts for a better view. There's also a slide show of all photos at the bottom of this page. <<< 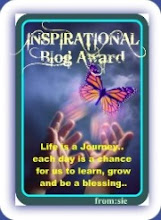 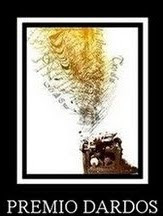